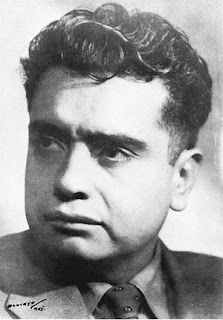 José Pablo Moncayo García (June 29, 1912–June 16, 1958) was a Mexican pianist, percussionist, music teacher, composer and conductor. "As composer, José Pablo Moncayo represents one of the most important legacies of the Mexican nationalism in art music, after Silvestre Revueltas and Carlos Chávez." He produced some of the masterworks that best symbolize the essence of the national aspirations and contradictions of Mexico in the 20th century.