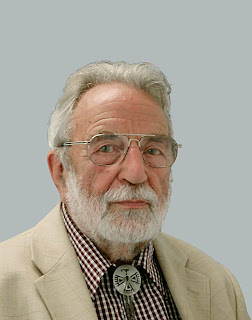 Angerer studied music theory and composition with Friedrich Reidinger and Alfred Uhl, and conducting with Hans Swarowsky. He performed in the viola section of Wiener Symphoniker, Tonhalle Orchester Zürich and Orchestre de la Suisse Romande early in his career and was viola soloist with the Wiener Symphoniker from 1953 to 1957. Angerer then began to conduct the Vienna Chamber Orchestra and the orchestras in Bonn and Ulm. From 1967 to 1972 he was principal conductor of the Salzburg Opera Theater (Salzburger Landestheater) and led the Südwestdeutsches Kammerorchester from 1971 to 1982. In 1982, Angerer began conducting the Concilium Musicum Wien and held a teaching position at the University of Music and Performing Arts in Vienna from 1982 to 1992.
Angerer was awarded the Austrian State Prize for Music in 1953 for his Musik für Viola allein and in 2001, he received the Austrian Cross of Honour for Science and Art, 1st class.
Paul Angerer's compositional style is influenced by that of Paul Hindemith. His works are published by Verlag Doblinger, Universal Edition, C. Haslinger and Editions M. Reift. (Wikipedia)