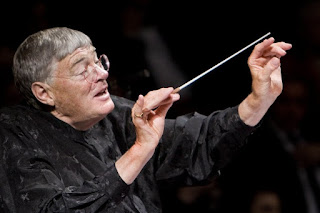 The pianist and conductor Jeffrey Tate has died. He was rehearsing the Accademia Carrara in Bergamo, Italy, when he suffered an attack. He was 74 years of age.