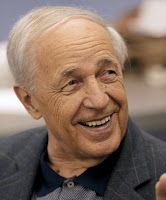 Pierre Boulez, the French composer and conductor who was a dominant figure in classical music for over half a century, died on Tuesday, 5 January 2016, at his home in Baden-Baden, Germany. He was 90.

In his early career, Boulez played a key role in the development of integral serialism, controlled chance and electronic music. This, coupled with his highly polemical views on the evolution of music, gained him the image of an enfant terrible. As a conductor, Boulez was known mainly for his performances of Béla Bartók, Alban Berg, Anton Bruckner, Claude Debussy, Gustav Mahler, Maurice Ravel, Arnold Schoenberg, Igor Stravinsky, Edgar Varèse, Richard Wagner, and Anton Webern. He was awarded a total of 26 Grammy Awards during his career.

VIDEO: In this comprehensive interview, Pierre Boulez talks to Universal Edition about his works.