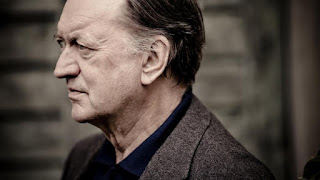 Mr. Harnoncourt, who was also a cellist, founded the period-instrument ensemble Concentus Musicus Wien and worked regularly with many of Europe’s major orchestras.

Nikolaus Harnoncourt (Johann Nikolaus Graf de la Fontaine und d’Harnoncourt-Unverzagt; 6 December 1929 – 5 March 2016) was an Austrian conductor, particularly known for his historically informed performances of music from the Classical era and earlier. Starting out as a classical cellist, he founded his own period instrument ensemble, Concentus Musicus Wien, in the 1950s, and became a pioneer of the Early Music movement. Around 1970, Harnoncourt started to conduct opera and concert performances, soon leading renowned international symphony orchestras, and appearing at leading concert halls, operatic venues and festivals. His repertoire then widened to include composers of the 19th and 20th centuries. In 2001 and 2003, he conducted the Vienna New Year's Concert. Harnoncourt was also the author of several books, mostly on subjects of performance history and musical aesthetics.

VIDEO: For decades now Austrian conductor Nikolaus Harnoncourt has been best known for using old instruments and the original notes to make his classical music performances sound as close to the original as possible. Over the last few years he has been working with piano soloist Lang Lang...